Sept. 10, Prison Rebels, We Are With You!: Rally and March in Solidarity with Prison Strike 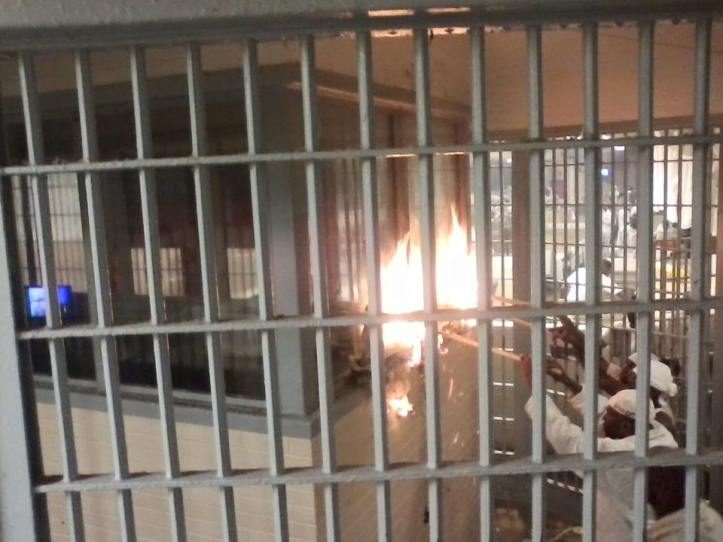 ON SATURDAY, SEPTEMBER 10th, people across Oakland, the Bay Area, and Northern California will converge in Downtown Oakland and rally and march in solidarity with the US-wide prison work strike against prison slavery.

Slavery is legal in America. Written into the 13th Admendment, it is legal to work someone that is incarcerated for free or almost free. Since the civil war, tens of millions of people most arrested for non-violent offenses, have been used as slaves for the sake of generating massive profits for multi-national corporations and the US government. Today, prison labor is a multi-billion dollar industry which helps generate enormous weath for key industries such as fossil fuels, fast food, telecommunications, technology, the US military, and everyday house hold products.

The strike, which starts officially on September 9th, the 45th anniversary of the Attica Uprising, is historic. The strike is being led by groups such as the Free Alabama Movement, Free Texas Movement, Free Ohio Movement, Free Virginia Movement, Free Mississippi Movement, and many more. Prisoners have asked that supporters hold noise demonstrations outside jails and prisons, protest, disrupt, and demonstrate outside of corporations that profit from prison labor, and also support the strike that is happening across the US.

This is not just a prison strike for better wages or conditions, it is a strike against white supremacy itself.

Bring banners, signs, noise makers, friends, co-workers, neighbors, family members, and more! Gather at Latham Square next to OGP (Broadway and Telegraph Ave), 1pm. Also, be sure to join us the day before at our BBQ which will feature banner making, a film showing, and open discussion about the strike. See more info on that here: https://iwocoakland.wordpress.com/2016/08/03/sept-9-prison-strike-begins-bbq-banner-making-and-film-showing/

Let the Cops Rot in the Field: http://insurgenttheatre.org/theory/letthecropsrot.pdf